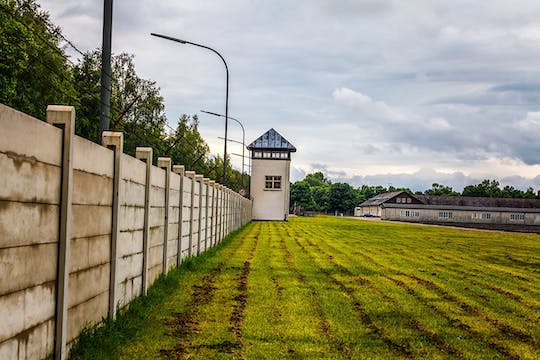 On this 5-hour tour, you will explore the Dachau Concentration Camp with a professional English-speaking guide. This memorial became one of the most important centers of remembrance, contemplation, and learning in Germany.

After meeting your group at the Hauptbahnhof in Munich, you drive around 40 min by an S-Bahn train and bus to Dachau. From there, you will start your tour and you will discover the murky history of one of the first concentration camps in Germany.
In March 1933, Heinrich Himmler ordered the construction of one of Germany's first concentration camps in a small town near Munich; Dachau. The first 5,000 prisoners were political enemies of the Nazi regime.

In the following years, other social, ethnic, and racial enemies were imprisoned as Dachau went on to become the only concentration camp to remain active during the entire Third Reich period (1933-1945). At the time of liberation, over 200,000 prisoners from more than 30 nations had been imprisoned there. During the 1960s, the Dachau memorial was founded to investigate their plight.

The Dachau Concentration Camp Memorial Tour starts in front of Starbucks Coffee inside the Hauptbahnhof besides platform 11. Just look for the team in red SANDEMANs NEW Europe T-shirts!

What to remember
Read more
When
Read more
Provider
SANDEMANs Munich
Booking fee
Good news! No extra fees are applied to this booking.
Cancellation policy
Unfortunately, we can't offer you a refund nor can we change or cancel your booking for this particular product, due to our partner's policy.

Printed ticket only
from:
$ 31 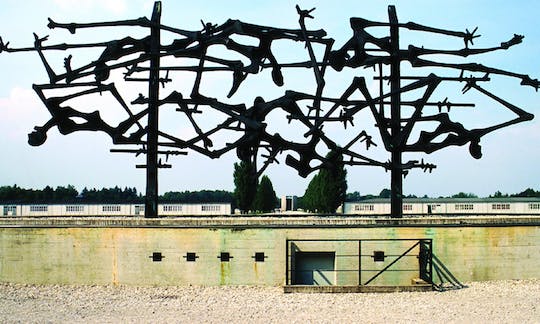 Get familiar with one of the most sorrowful and tiresome periods in the history of humanity in the M... 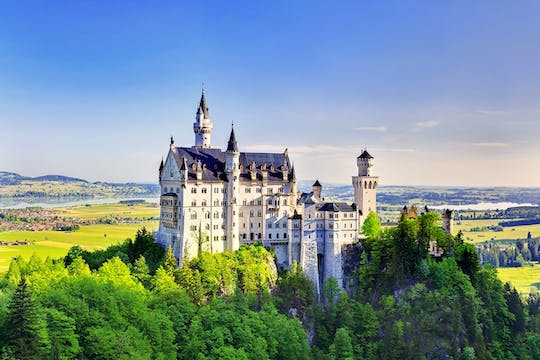 Towering over rocky crags at the foot of the German Alps, Neuschwanstein Castle has inspired awe and...

Walk in the footsteps of Wolfgang Amadeus Mozart on this beautiful tour from Munich to Salzburg and ... Discover fairytale views of the German Alpine Road from the Eagle's nest in the picturesque territor...

Play out your soccer fantasy and tour the famous Allianz Arena. Feel your legs tingling at the train... Have the ultimate Munich experience! On this Hop-On Hop-Off tour, you will explore Munich from an op... Explore Bavaria's capital with an extraordinary scavenger hunt city tour! The tour starts at the cen...