Siena’s Cathedral, also known as the ‘Duomo di Siena’ is a medieval Roman Catholic Church first built between the years 1215 and 1263 on the site of a...

In the top 5 attractions for Siena Would you like to see the best and most beautiful areas of Tuscany in one memorable day? Join this tour for a magical day, made even more de... 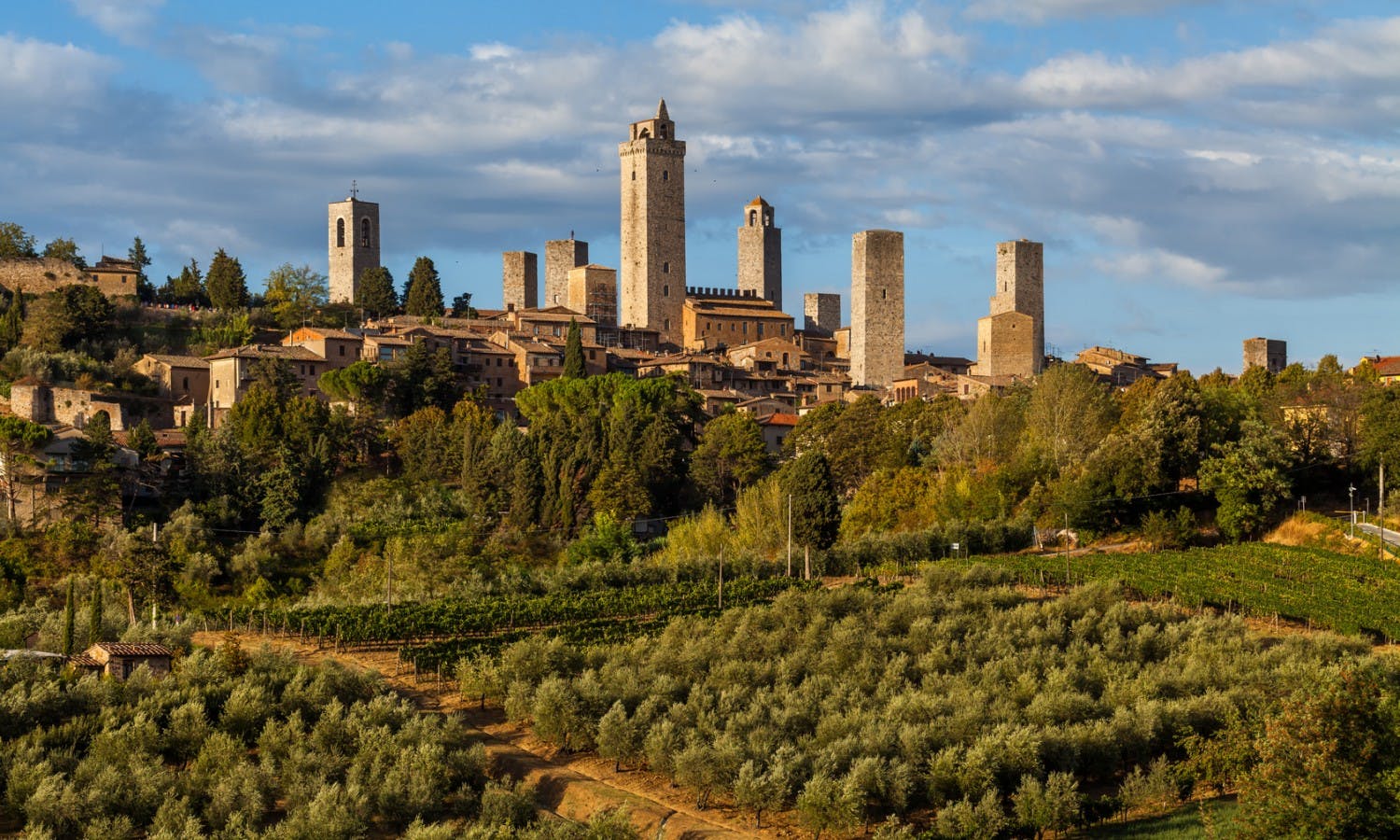 Pisa, Siena, San Gimignano and Chianti tour with lunch at a wine farm

This tour will take you to discover the most beautiful places and ancient traditions of Tuscany, a land rich in history, art and enchanting ... 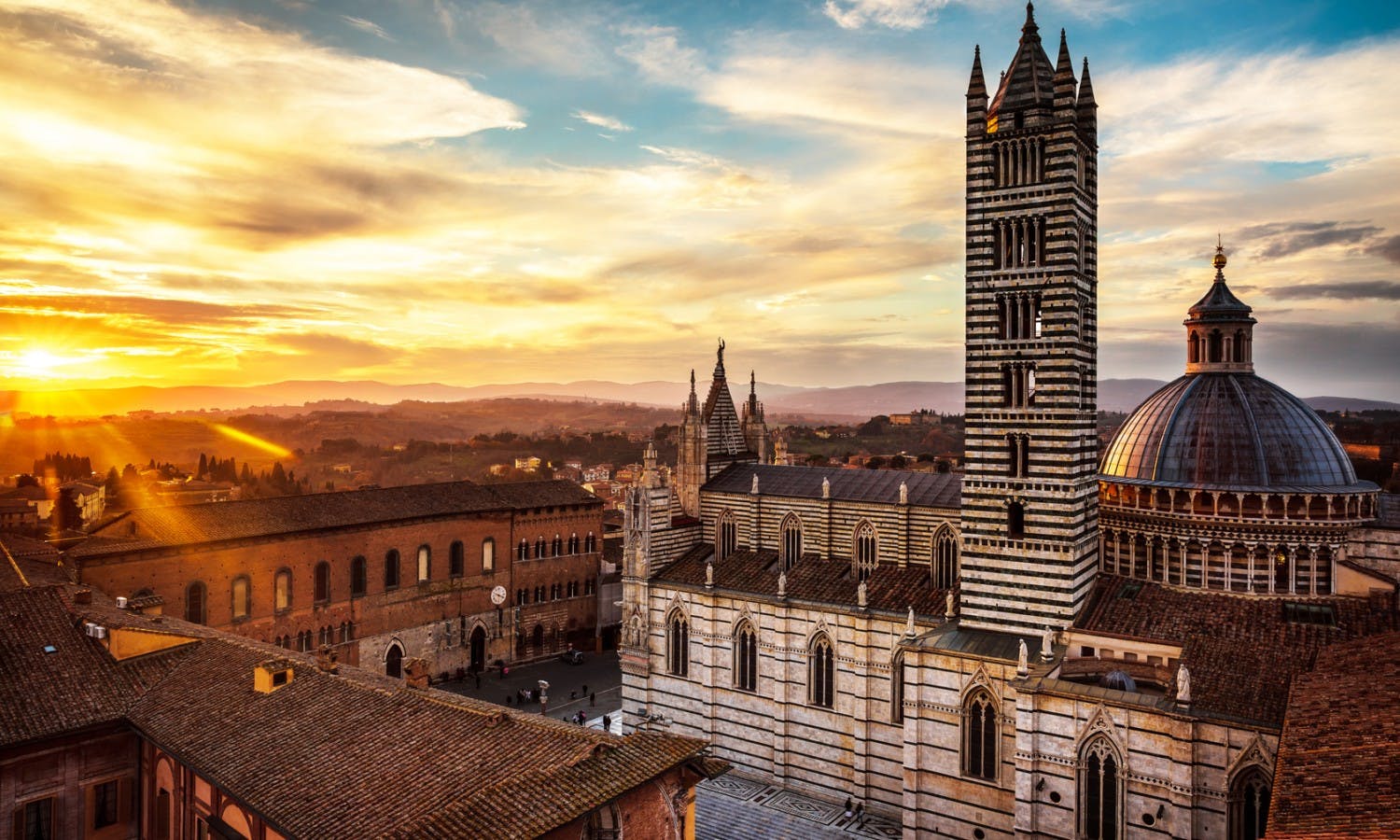 This unforgettable journey starts with a visit to the charming San Gimignano, a world-famous walled town located on a hilltop that has remai...

The best of Tuscany day trip from Florence

Depart from Florence to discover the best of Tuscany starting with Siena: enjoy a guided walking tour through the medieval city, made up of ... 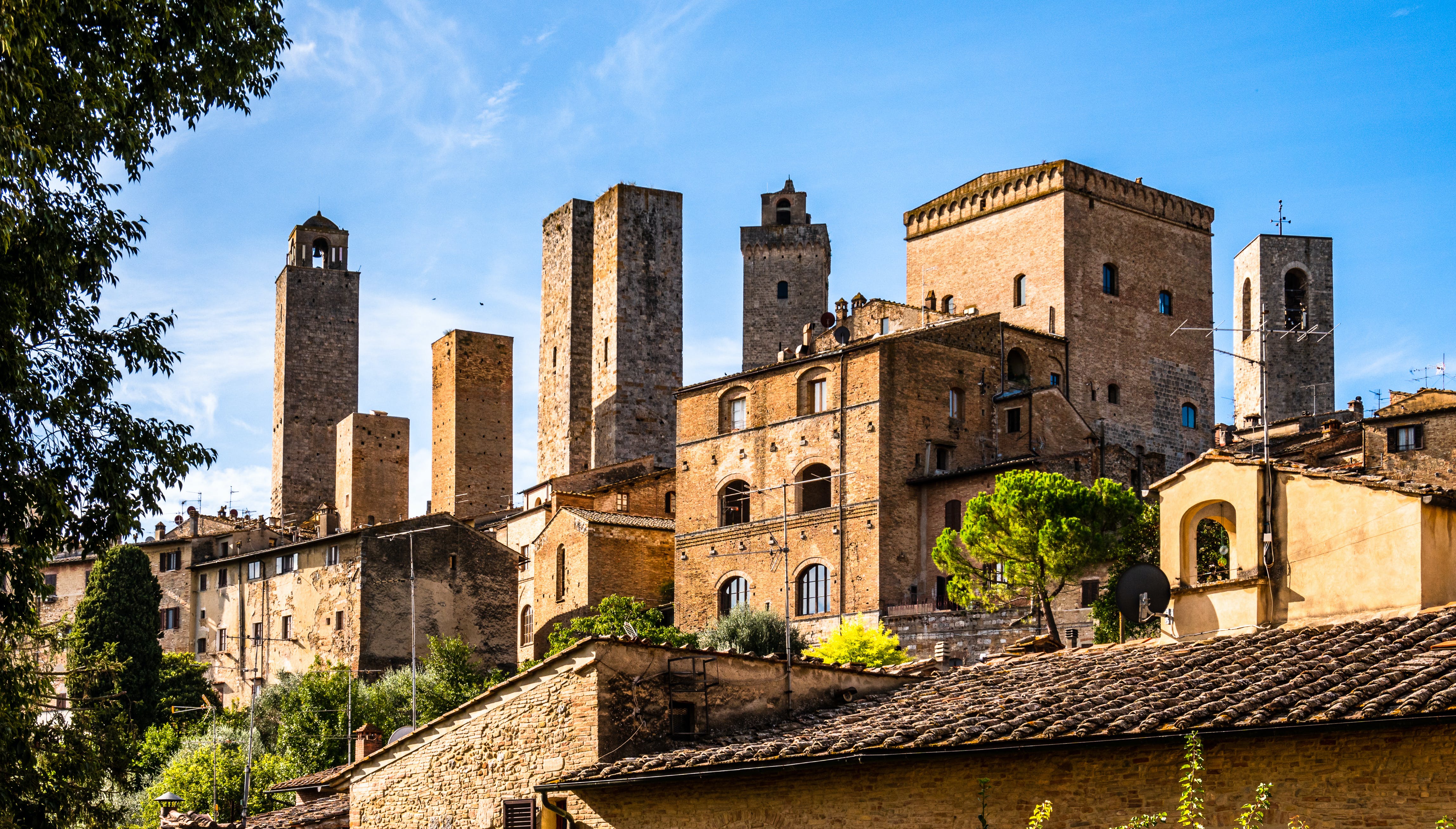 Jewels of Tuscany tour with lunch and wine tasting

Let the art cities of Tuscany seduce you with the lifestyle of their inhabitants, the beauty of their monuments and the centuries of history... 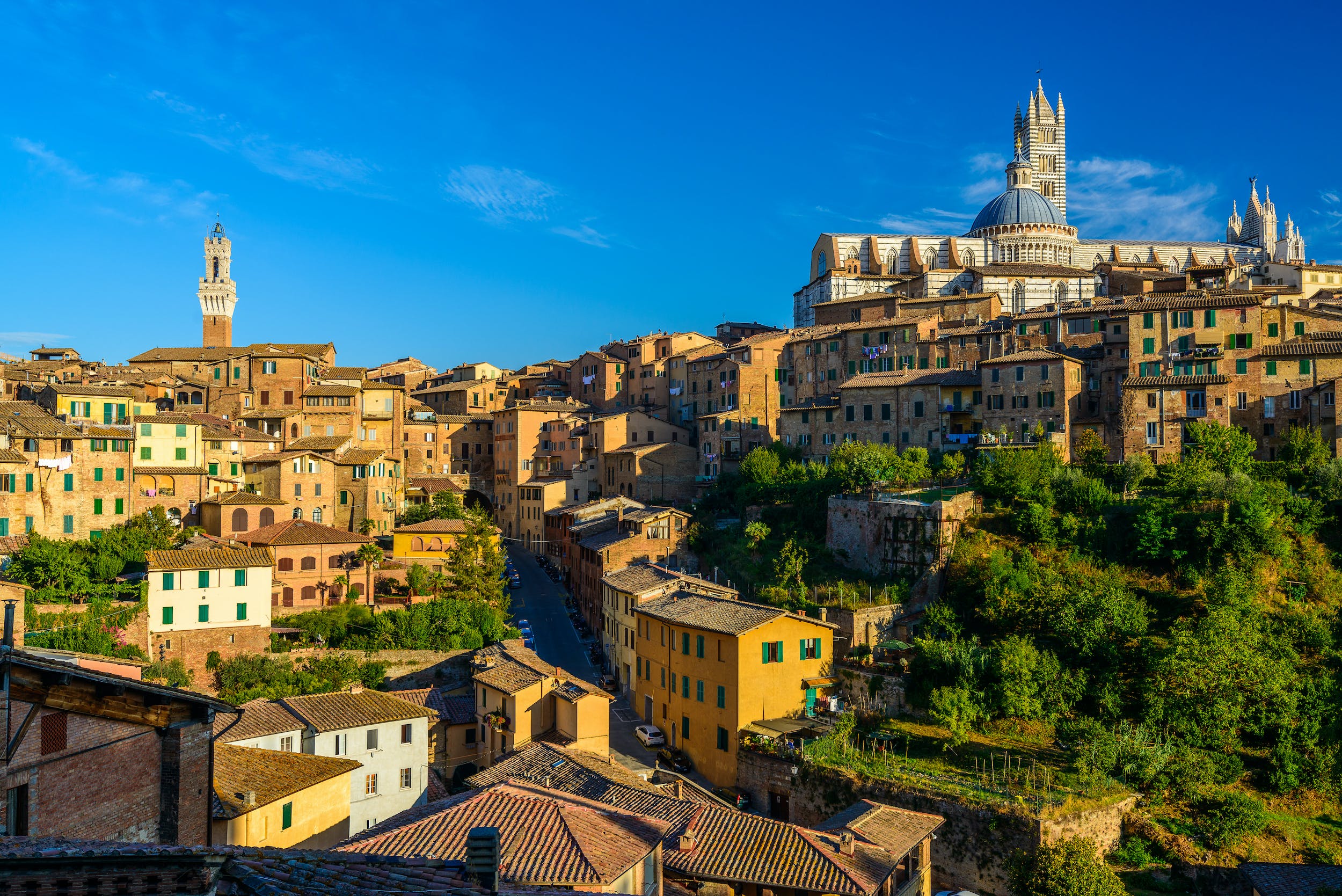 The beautiful city of Siena is famous not only for its picturesque and historical buildings and the stunning landscape surrounding it, but a... 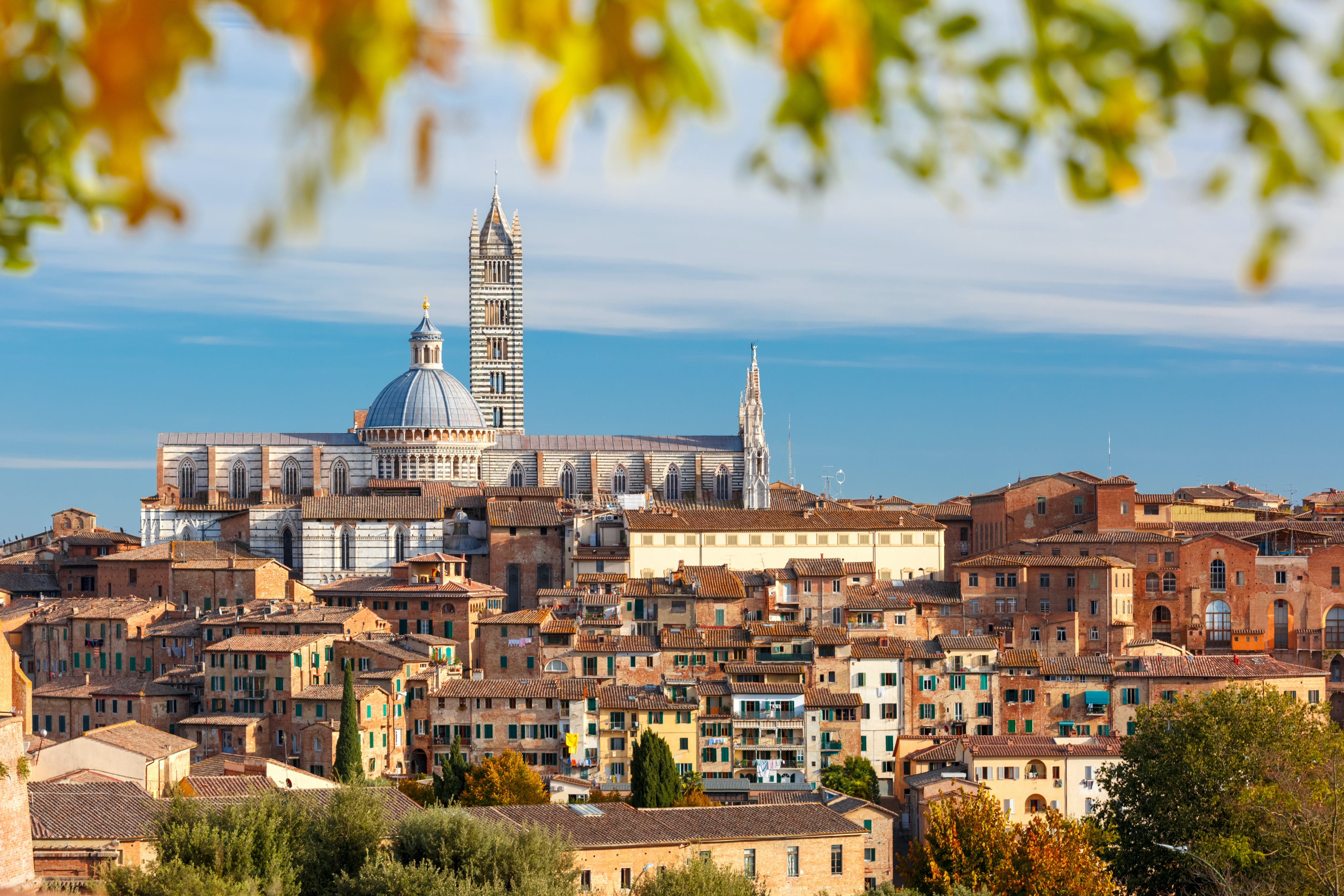 Join an exciting walking tour of the medieval center of Siena and discover why it is considered one of the most beautiful and vibrant cities... 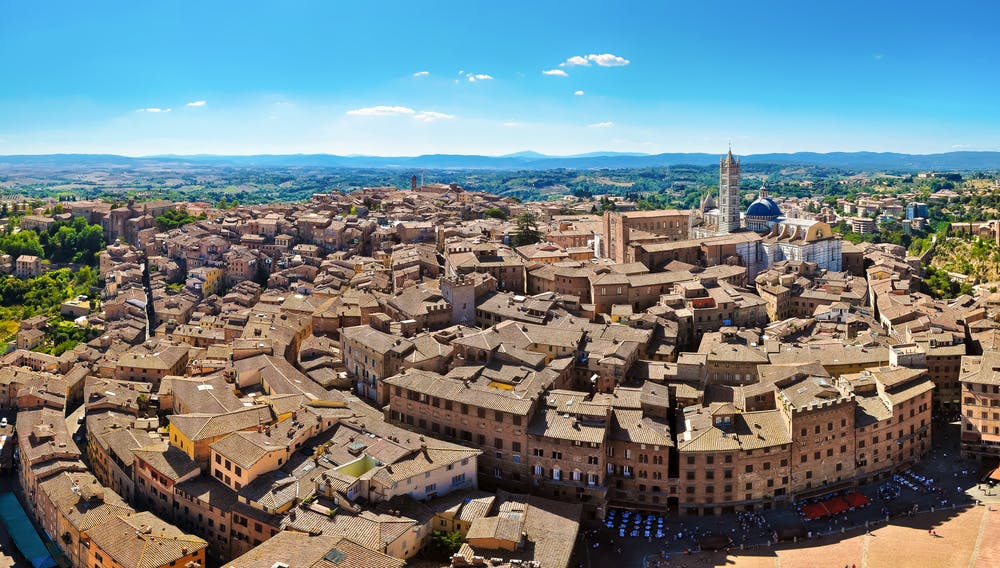 Day trip to Pisa, Siena and San Gimignano with lunch

Your day begins early in the morning with a tour of Pisa, where you'll admire the stunning Cathedral, the Baptistery, the Monumental Cemeter... Take advantage of a private guide to one of Siena’s most iconic buildings and a World Heritage Site, the Cathedral, a jewel of Italian Roman... Play a city game and go on a fun Siena walking tour where you will follow clues to discover amazing places and local stories.On this Siena t... Spend a wonderful day in the Tuscan countryside between taste and history. Admire the most suggestive corners of Siena, San Gimignano, and t... Siena is an unmissable stop for those staying in Tuscany and a popular destination at any time of the year. Explore this jewel of medieval a... 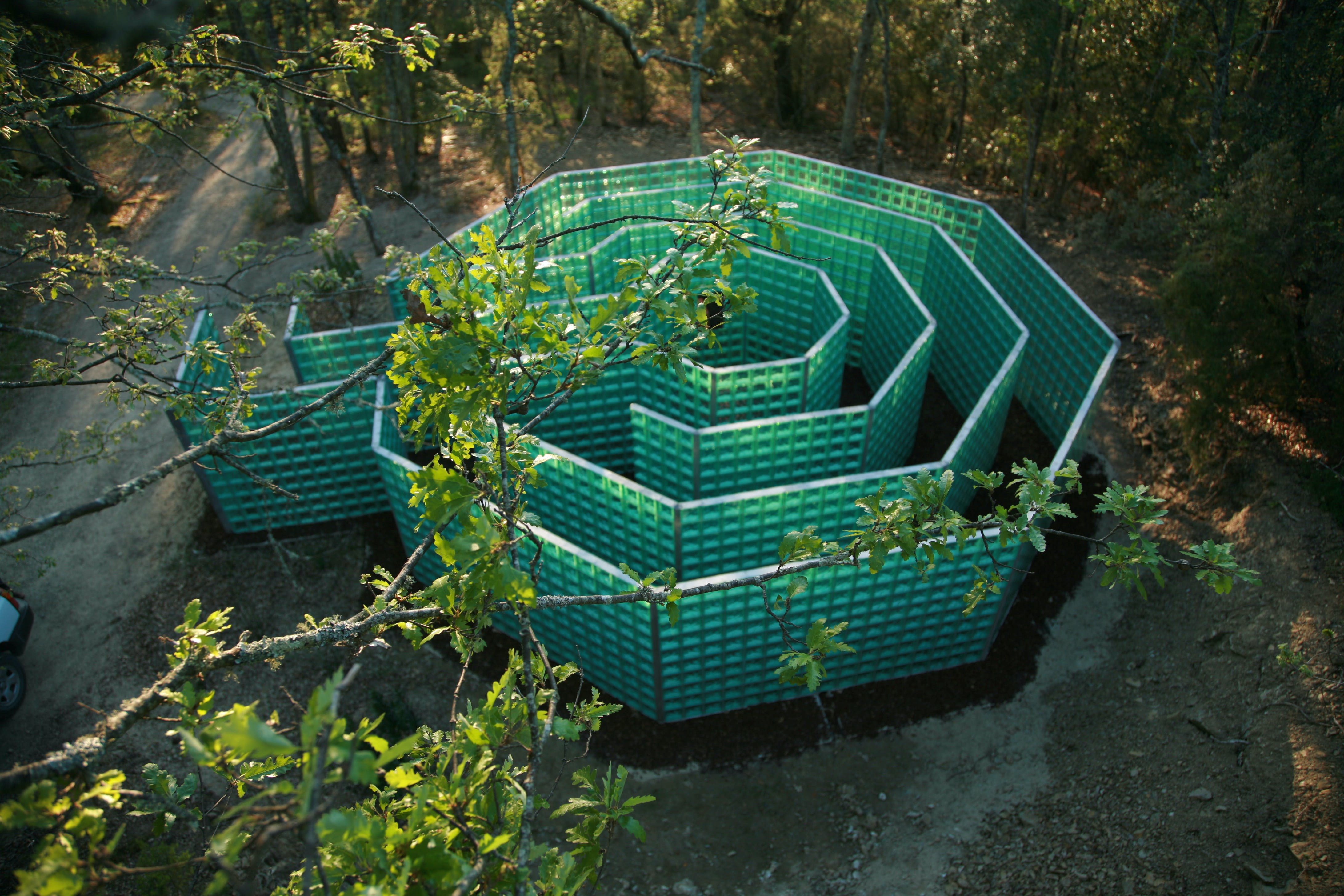 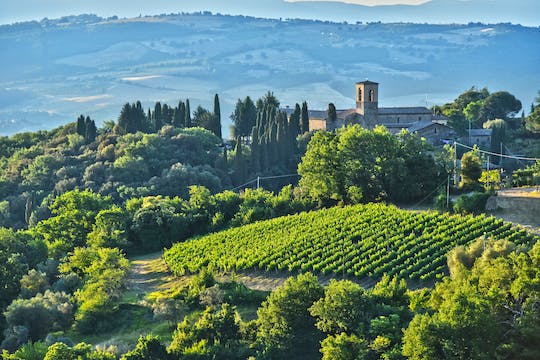 Brunello wine tasting and lunch in a Tuscan castle in Montalcino

Join this tour and enjoy an exclusive wine tasting experience together with typical Tuscan lunch in ... 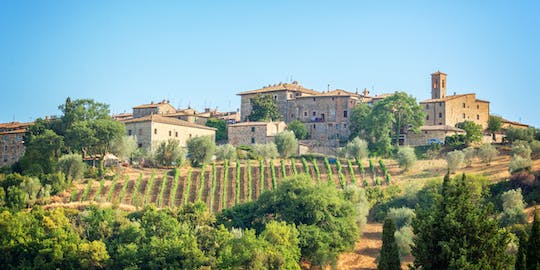 Wine tasting and lunch in a typical winery in Montepulciano

Enjoy an exclusive 1.5-hour wine tasting experience and typical Tuscan lunch in an elegant and ancie... 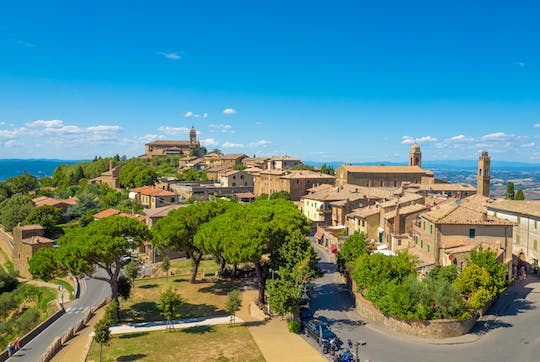 Join an exclusive wine tasting experience in an historical cellar in the heart of Montepulciano.Toge... Tickets to Palazzo Piccolomini in Pienza

The magnificent Piccolomini Palace, also known as the Pontifical, was commissioned by Enea Silvio Pi... 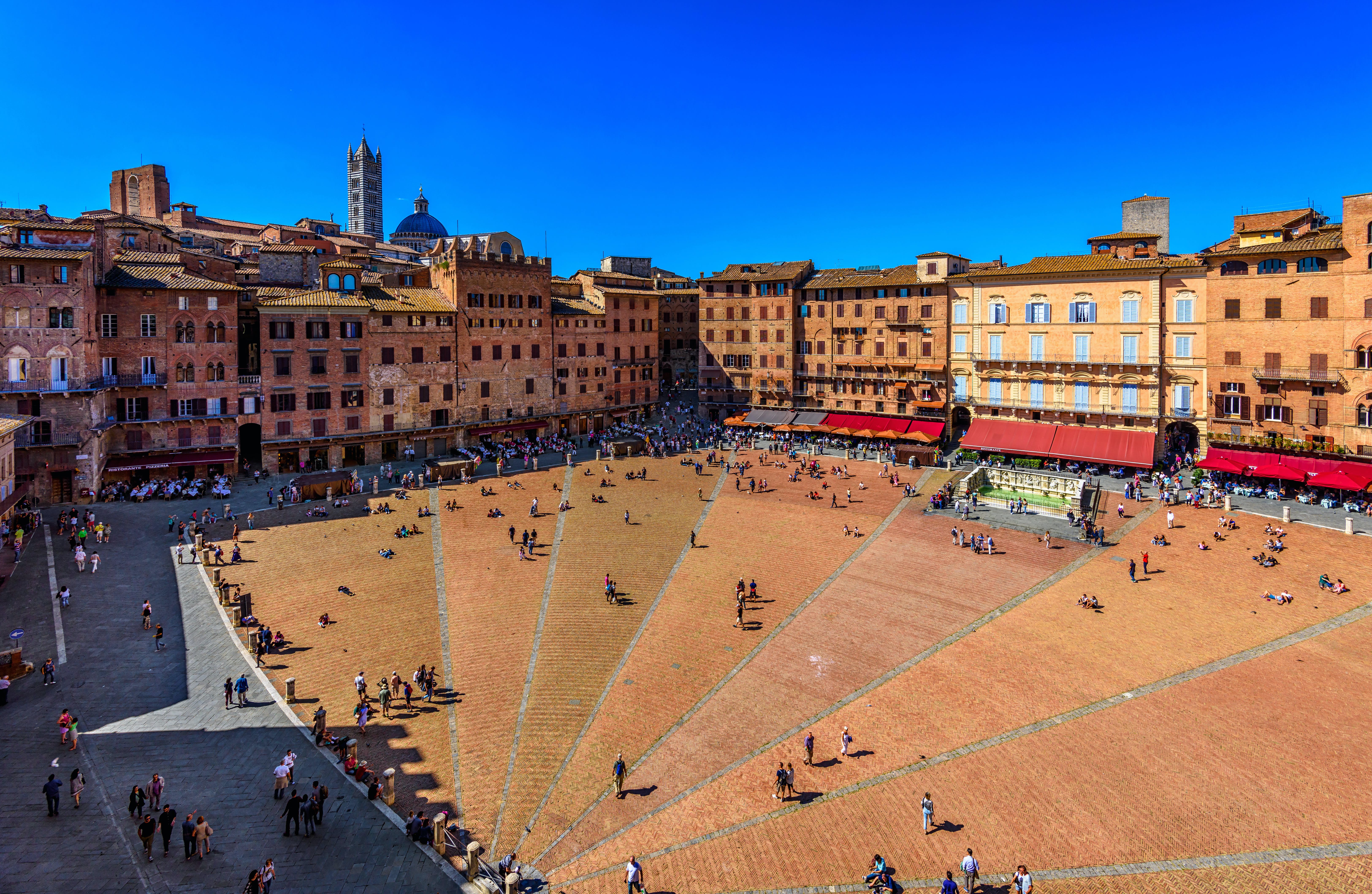 Siena
View all experiences in Siena

Siena’s Cathedral, also known as the ‘Duomo di Siena’ is a medieval Roman Catholic Church first built between the years 1215 and 1263 on the site of a previously existing structure. It is a beautiful and impressive building, with the outer walls made of white and greenish-black marble with an addition of red marble on the façade. The inside of the building is made of very similar material and the church’s layout is that of a Latin cross with a dome and a 250 foot bell tower that was built and completed in the year 1313.

The Duomo di Siena is one of the greatest examples of Italian Roman-gothic architecture in a cathedral and it is said that the great composer Richard Wagner, upon seeing the Cathedral of Siena for the first time, was moved to tears.

Siena's Cathedral Piazza del Duomo, 8 Siena
Take the city with you Download the Musement app for iOS or Android